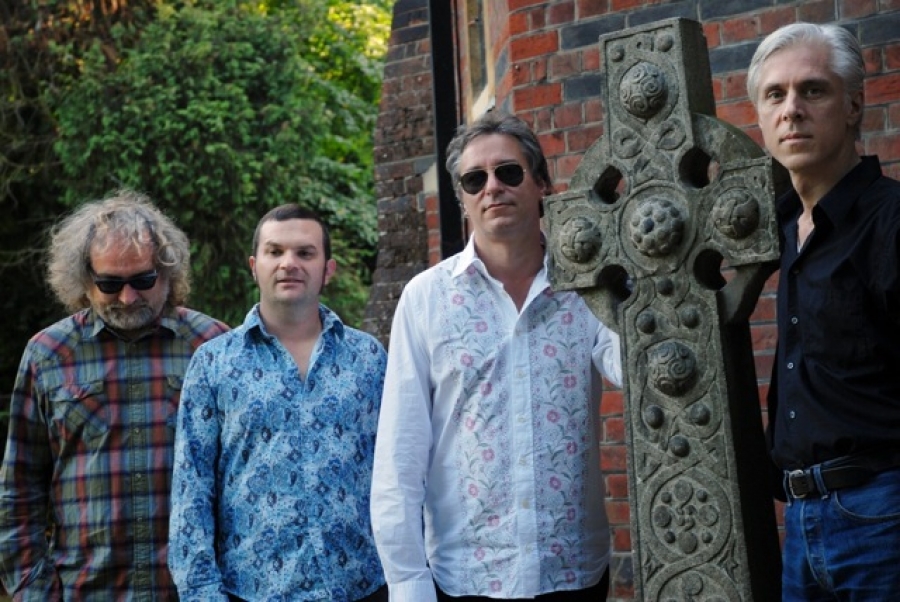 ... a rock/folk/pop collective captained by Scott McCaughey (see: “Scott McCaughey” c/o “The Internet”, for further reliable information), with Peter Buck often aboard as navigation officer. By design from its inception, the line-up for recordings and live appearances is completely fluid, dependent on musician availability, whim, and wind direction. Collaborators regularly feature friends from R.E.M. (as it once were), Wilco, Decemberists, Posies, and literally hundreds and hundreds of other recalcitrant comrade combos.  Everyone gives their all, and no one need be counted on.

On Record Store Day, April 19, 2014, the Minus 5 released its ninth official long-player, the all-new five-LP, 57-song, 211-minute set Scott The Hoople In The Dungeon Of Horror, on long-time home Yep Roc Records. The sprawling but concise work benefits from the participation of both the usual and new suspects, like John Moen, Jeff Tweedy, Bill Rieflin, Linda Pitmon, Nate Query, Jenny Conlee, Ian McLagan, Laura Gibson, Joe Adragna, Ezra Holbrook, Wesley Stace, Casey Neill and more.  It was limited to a 750-copy vinyl run (including 100 colored) in a deluxe book-style bound album.  It was mined/plundered for two CD/LP releases, Dungeon Gold (2015), and Of Monkees And Men (2016).  November 2017 saw the Minus 5's entry in the holiday sweepstakes, Dear December, which was conveniently released a week after Scott fell down on Kearney Street in San Francisco.

And now Mott ('74 version) is back for more.  The Minus 5 is all IN.  Still, Scott The Hoople’s future remains uncertain.  As does YOURS.