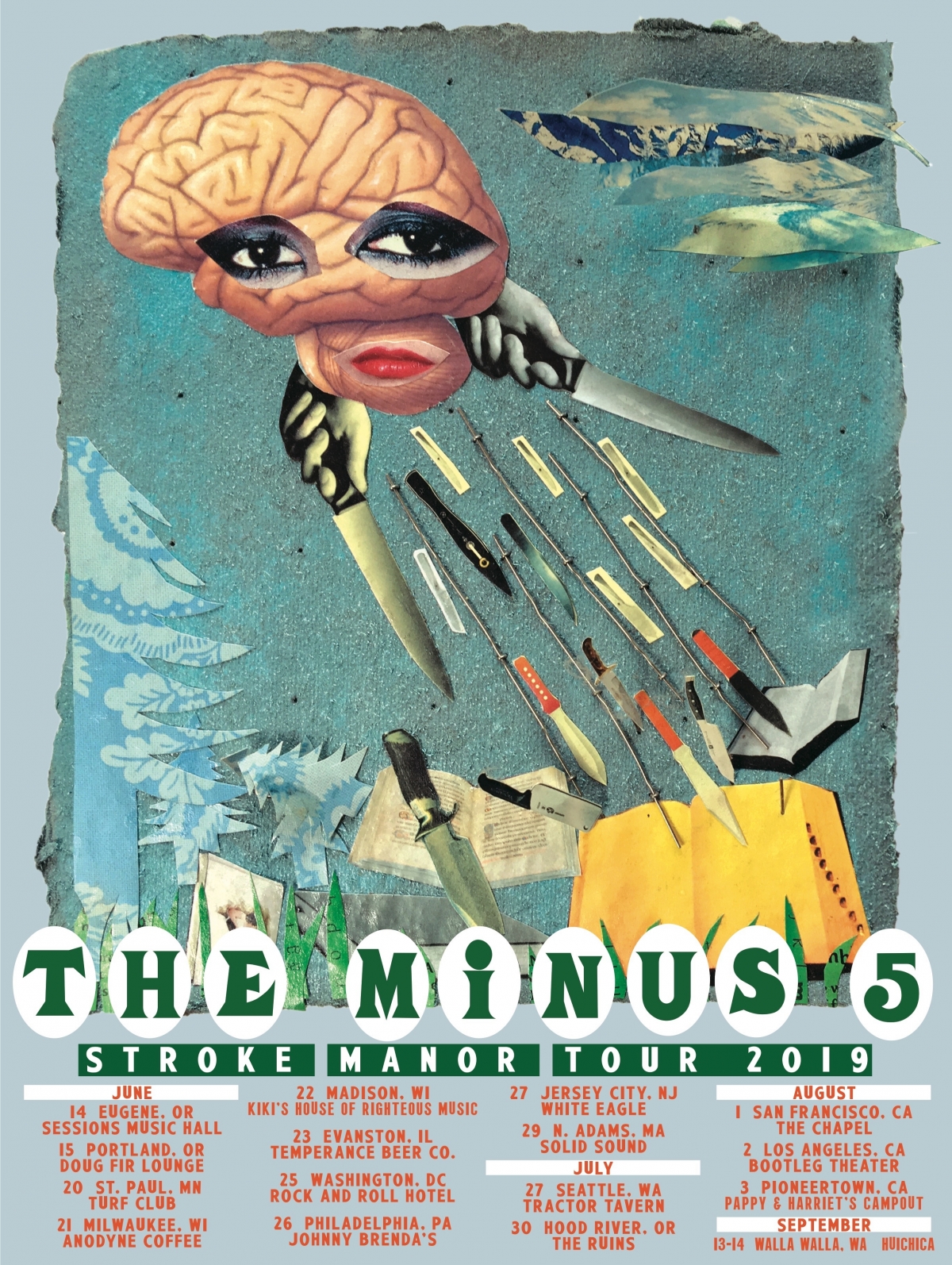 This Friday June 14, marks the official release date of STROKE MANOR (for those of you who missed it on RSD), AND the embarkment on a complex month on the road.  Why make it easy??

Starting with shows in Eugene and Portland, it'll be Scott w/ Peter Buck, Casey Neill, Jim Talstra, Jenny Conlee, Steve Drizos and Alia Farah, taking the brain songs to the people as best as can be dreamed.

Then to St. Paul, all the way across to Wilco's Solid Sound Festival, via YOUR CITIES.  That leg will be represented by Scott, Mike Mills, Linda Pitmon, Kurt Bloch, Joe Adragna -- and Peter (except Madison & Milwaukee).

Next step is making it back to Portland, as Scott tries out the Living Room concert circuit, with the handy help of the folks at Undertow Music.  Peter will join on select dates: we're talking to you, Pittsburgh and Cleveland!

And there will somehow be some Baseball Project thrown into the mix -- will let you know about that soon.  And more Minus 5 shows to follow -- see LIVE dates section.

Meanwhile, the raves are starting to roll in.  Thanks, PopMatters, for this gem of a review -- brings tears to the eyes, for real.